There’s just something about your sister’s kids

I know these three little boys.

They have names but I call them Buddy, Chuddy and B.

When I think about how much these three little people mean to me, I tear up because there’s just something about your sister’s kids.

They totally aren’t mine, but any time I get to keep them for a day or over night I pretend they are.

My heart is proud when I hear of new things they are doing and learning.

I’m sad when I hear one is hurt or struggling.

These kids are the ones I’ve bathed and fed and gave snacks to and held and played with and taken on countless walks.

They’re the kids I’ve said ‘I love you’ to more than any other,

And the kids I’ve apologized to when I was sharp.

They are the kids I brag about.

They are the ones I’ve pray for most.

They are the kids I’ve been firm with when needed, even when I don’t want to be.

I know their bed time routine and what song to sing to the two littlest guys.

I’ve been frustrated with them and I’ve wanted to squeeze them because they’re so dang adorable.

You see, I lived closely with these three little guys for most of their lives and as much as I’ve seen them grow, they’ve helped me grow as well.

How have they helped me grow?

So, with permission from my sister (The Mom), I get to proudly write and brag about getting these three little guys as my nephews.  🙂

Here we are a while back – the summer Liam (B) was born. 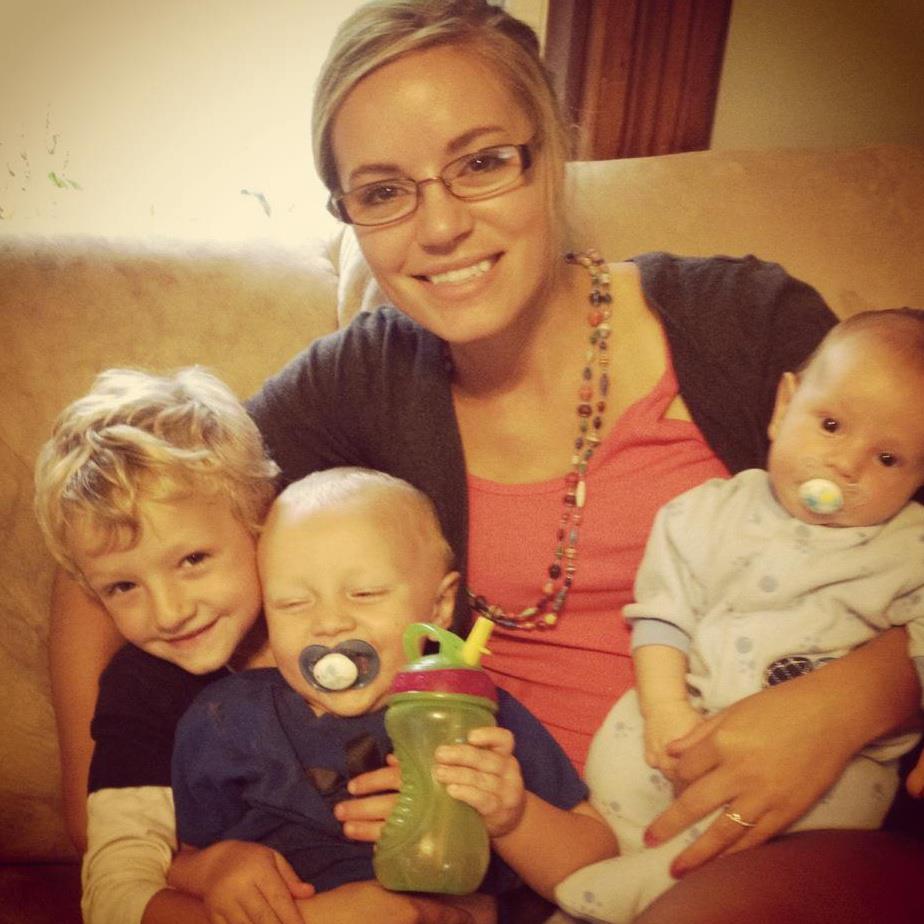 Look at those little faces!

Now to meet each one: 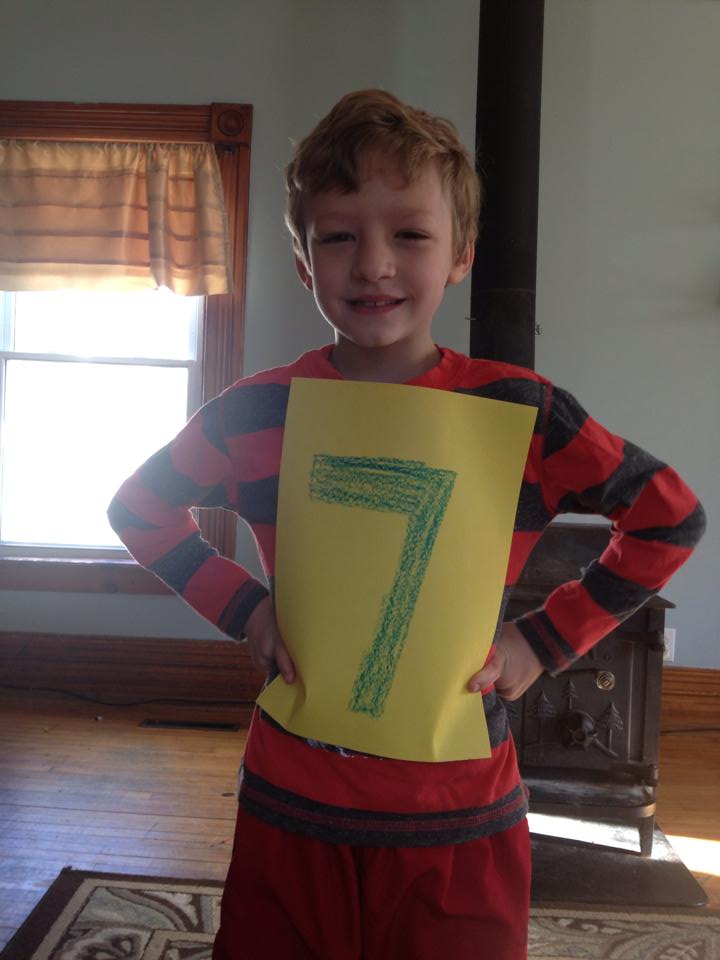 Carson is 7, in second grade and he was just awarded Student of the Month for the month of October. He reads super well, is a mathematician and asks questions about everything. He’s one blessed boy with the brain he’s been given…and the heart he’s been given as well. Just recently I received a text from his Mom saying this:

“I was tucking Carson into bed and I asked him what was wrong as he looked sad. He said to me ‘I feel bad for Aunt Britt…she’s had a lot of bad situations.'”

My sister also mentioned how he spoke into the mic during Kid’s Church recently and said:

“Sometimes bad things happen but God is still there.”

If that doesn’t just melt your heart!

I’ve loved this boy the longest of all three and I find myself praying for him often as I think he has lots of great things ahead. He is bright and smart and active and intuitive and sensitive. He also loves his dirt bike and four wheeler and to skid out on his bike to see how big of a mark he can make. What can I say…he is my dad’s first grandson. 😉

I find my best times with Carson are times when it’s just him and I like this summer day: 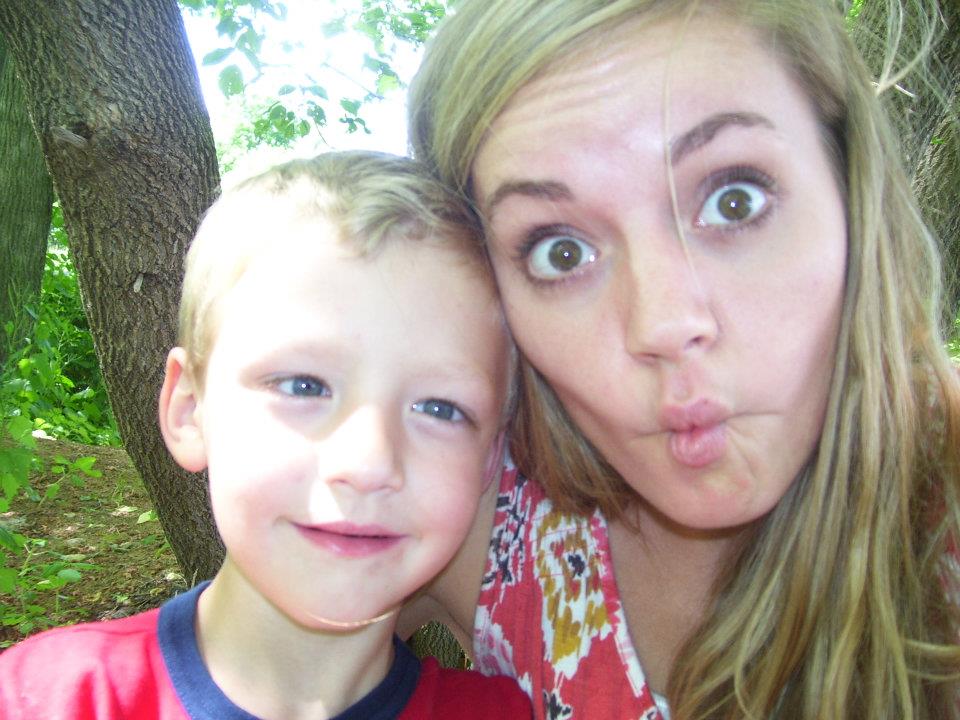 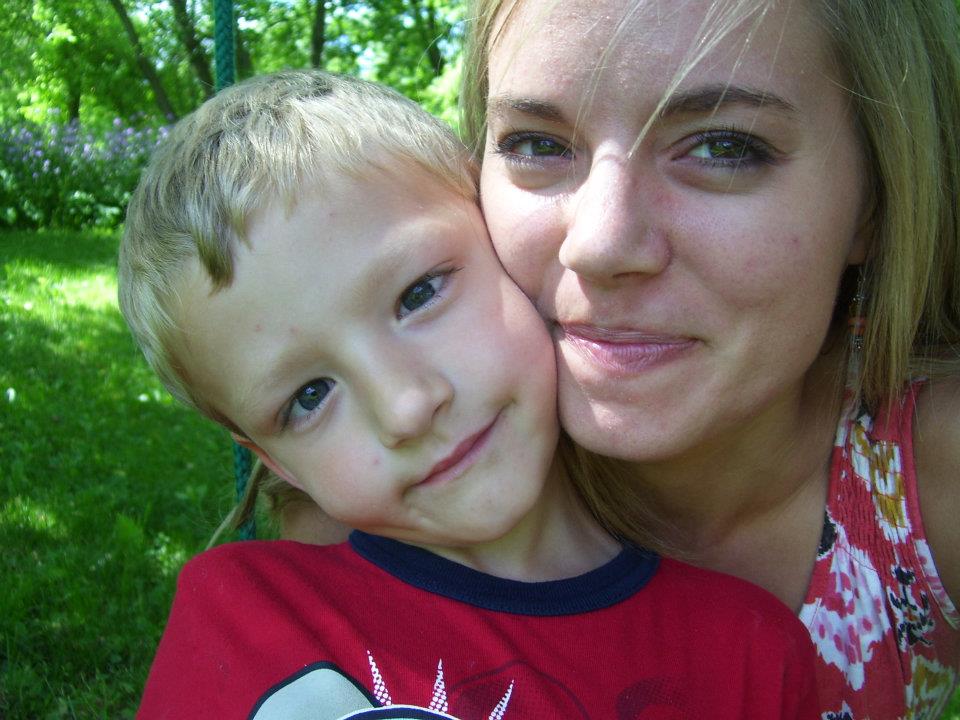 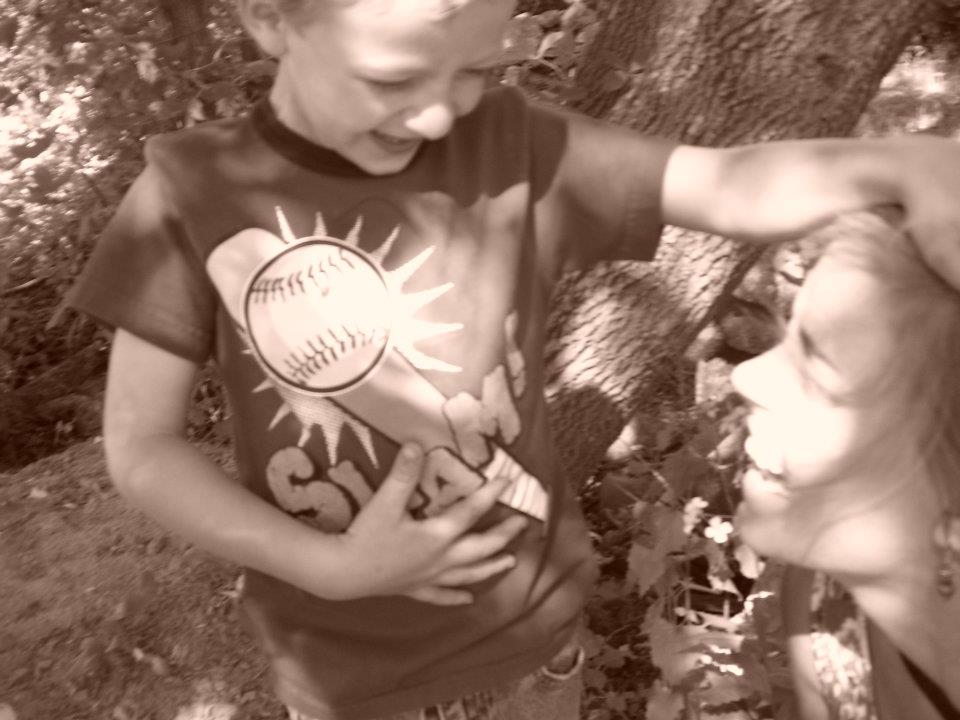 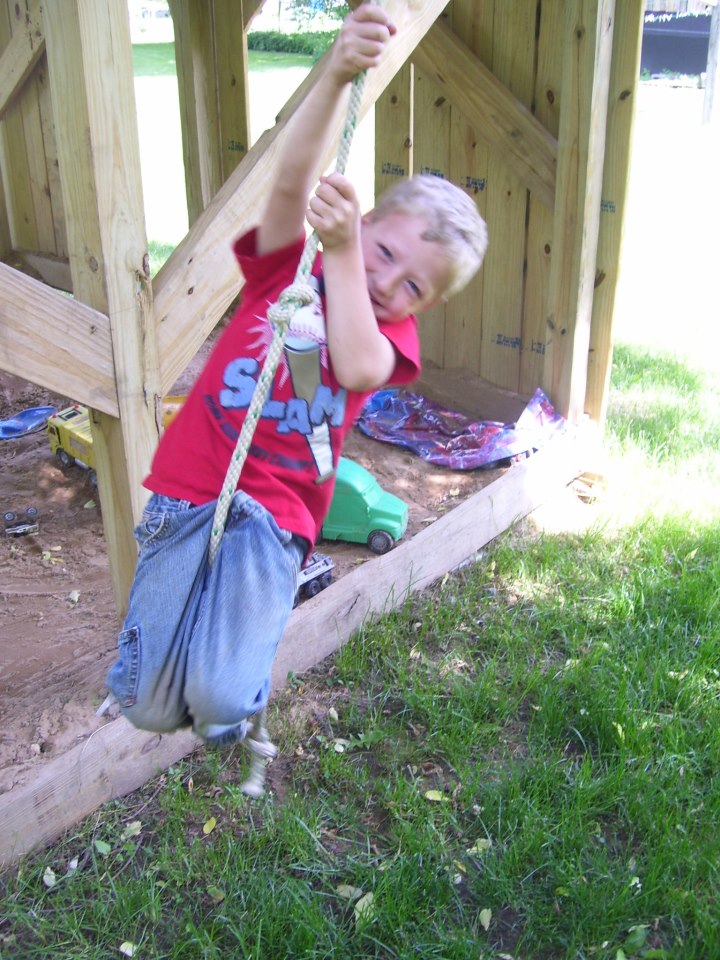 I recently got to chaperone his field trip with his lovely Mama: 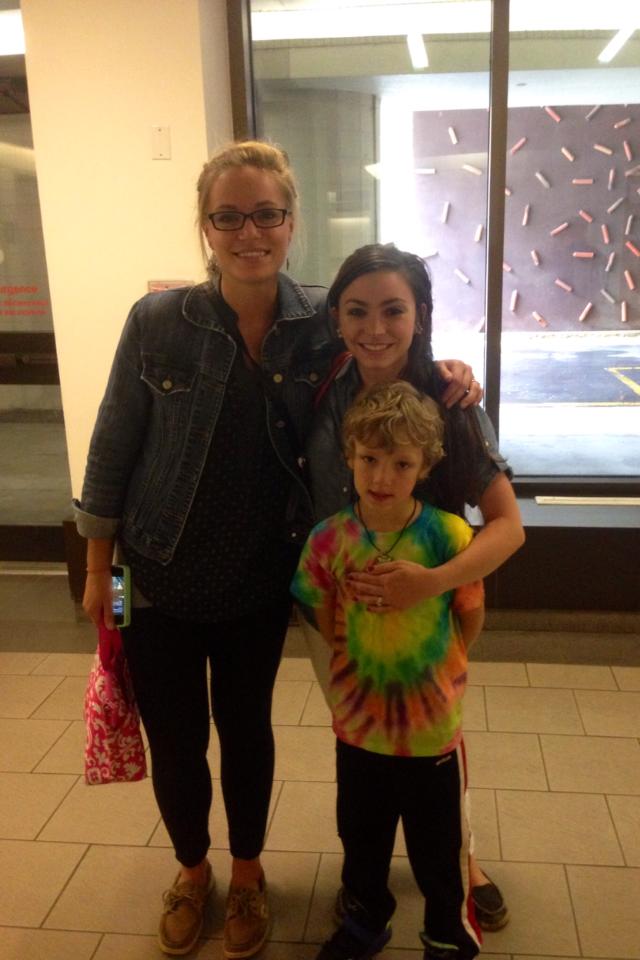 I was so excited for him to be our ring-bearer… 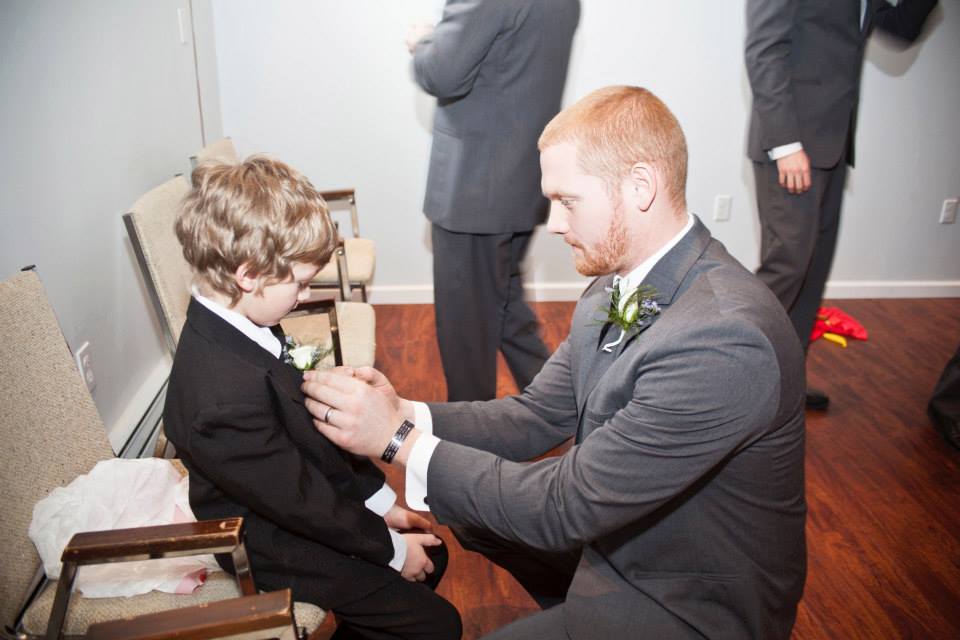 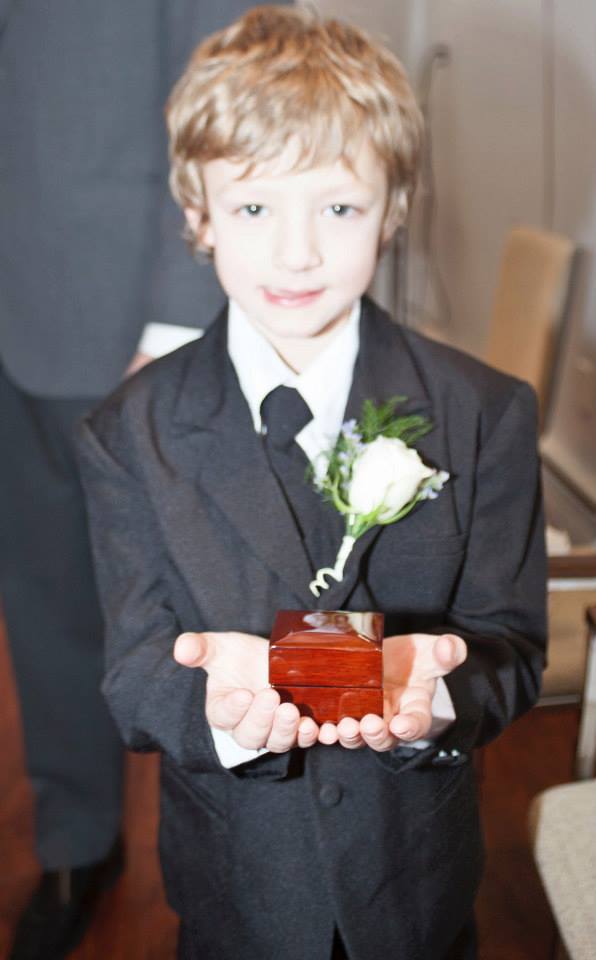 And sure enough – he did an awesome job walking down the aisle, although he and his cousin, Annica, mentioned beforehand:  “it’s kinda gross to link arms…” 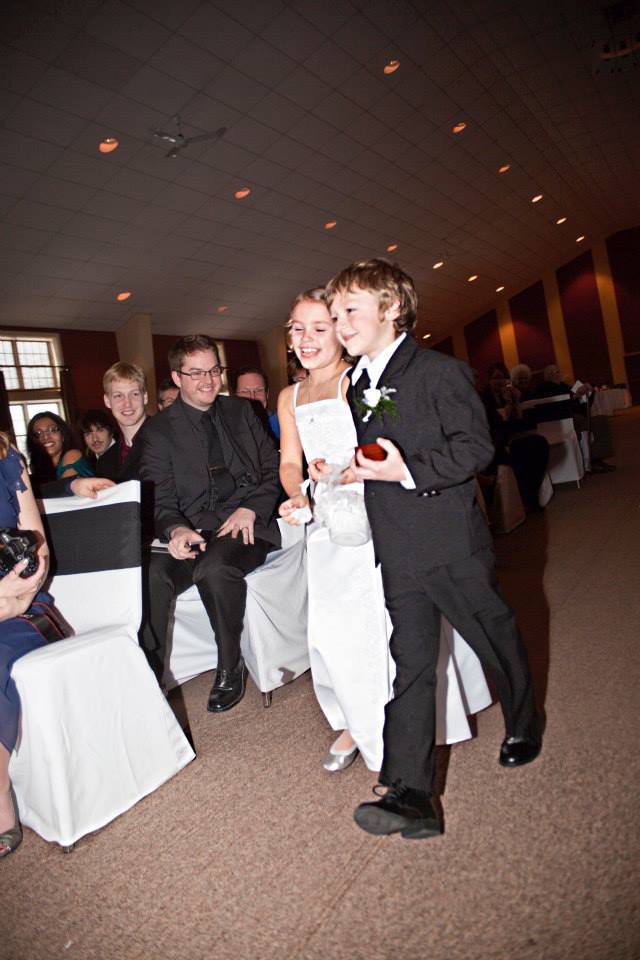 He makes his teachers “LOL” 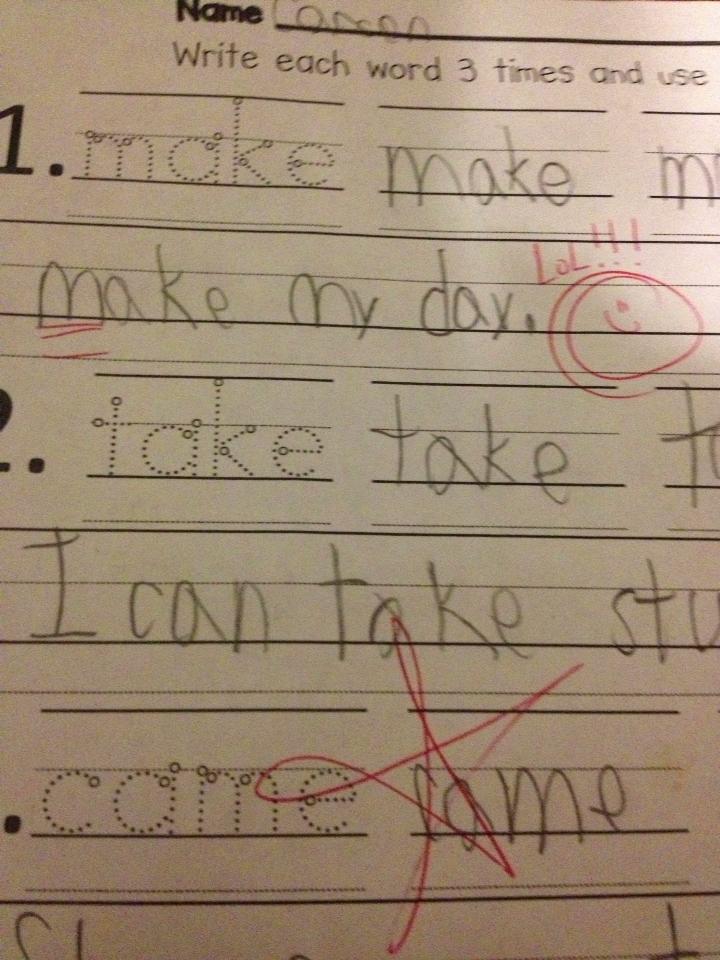 And writes notes to his “pritt” Mom: 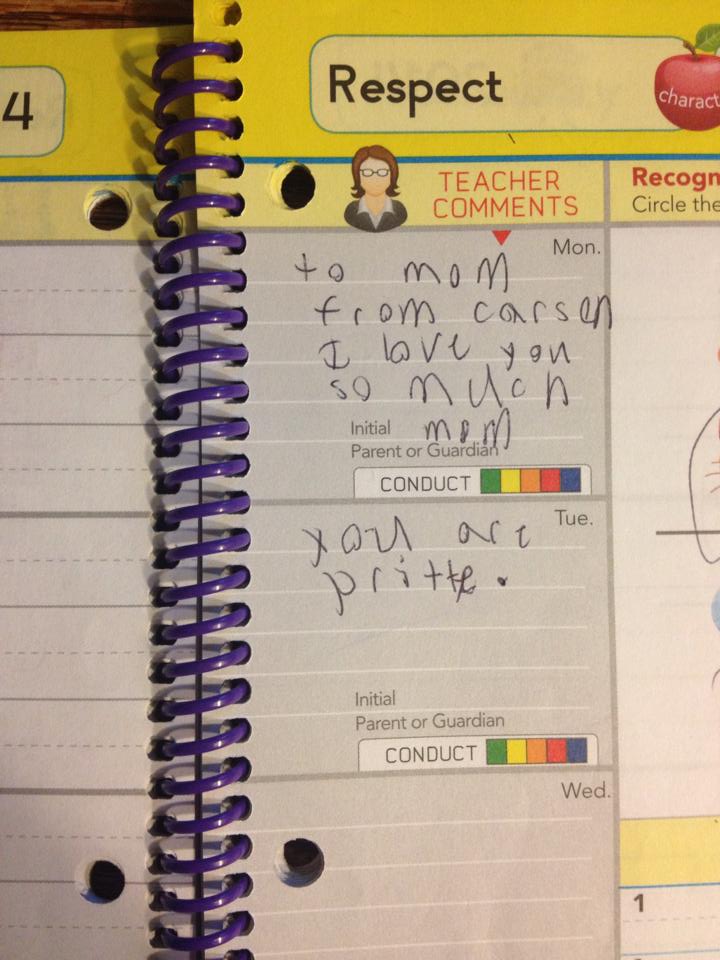 I’ve loved kissing his cheeks ever since he was this size: 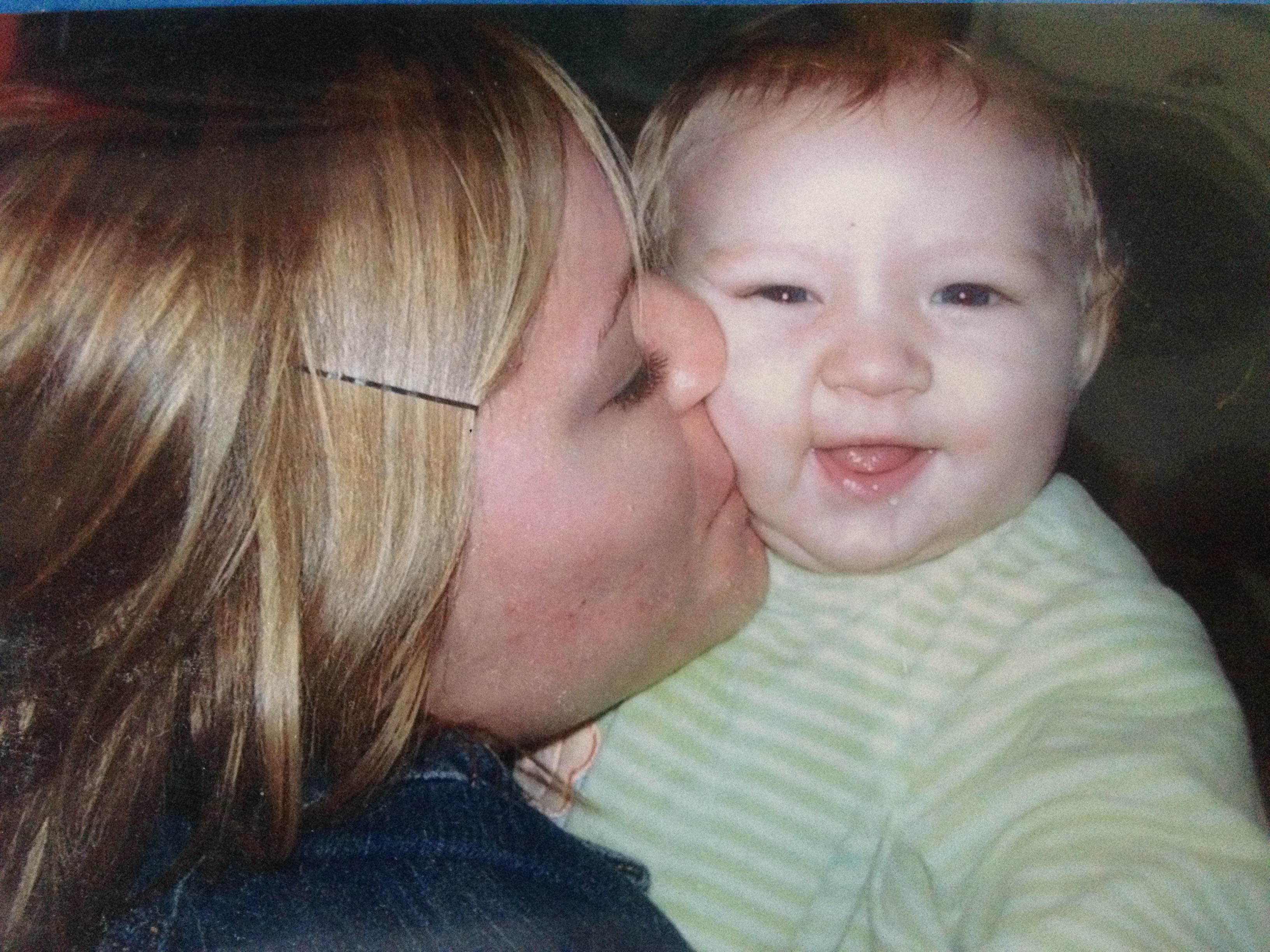 Oh, I love this boy Carson. So much so that this picture shows he gets sick of me taking pictures of his handsome little face. 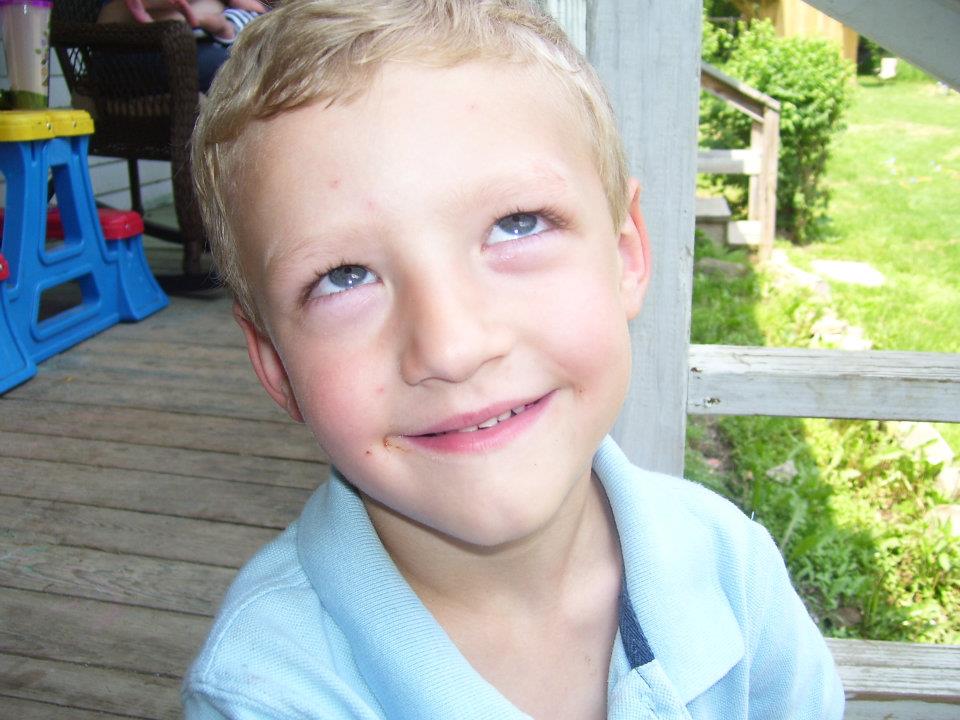 But one last picture…which happens to be a favorite. 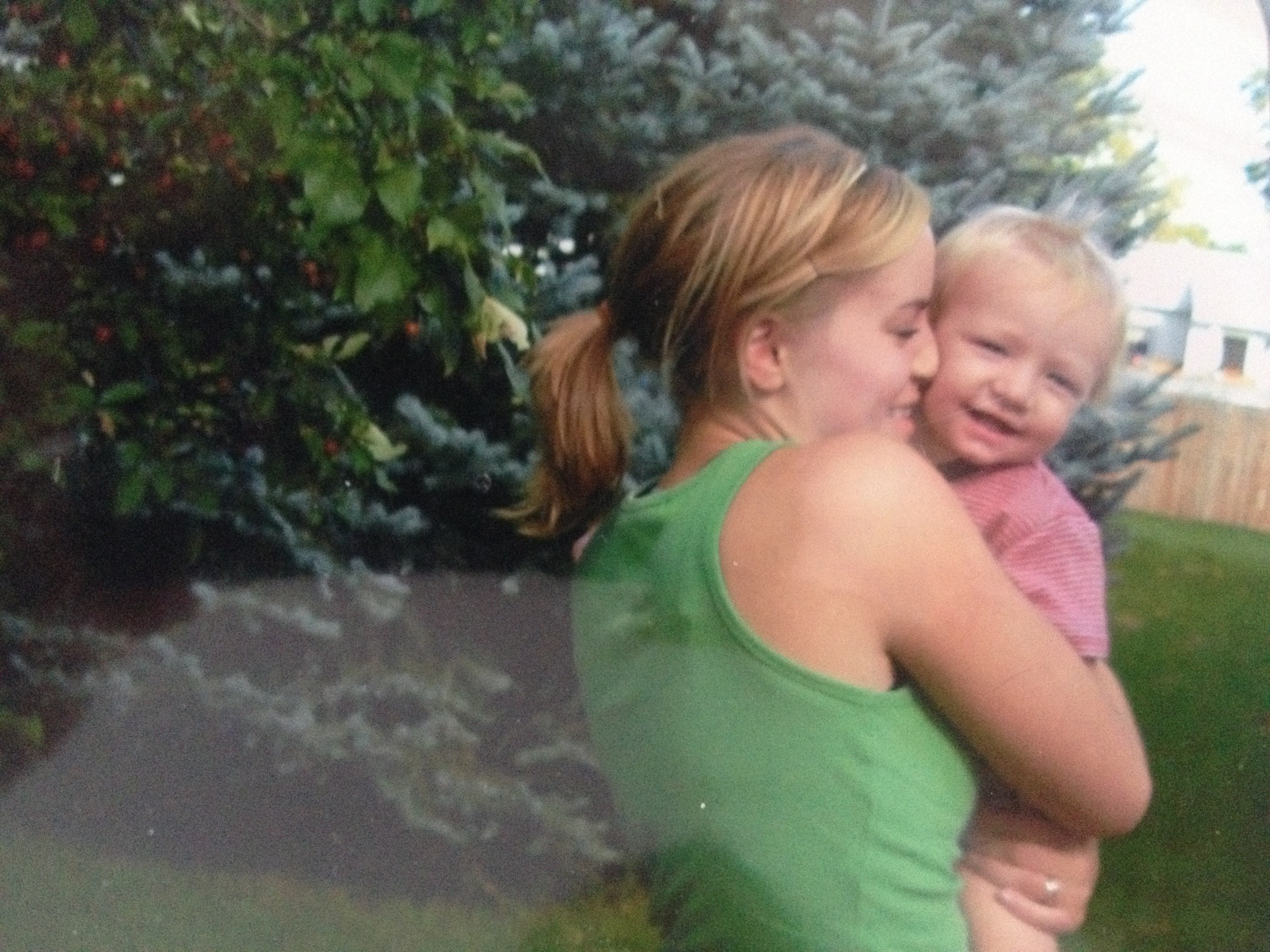 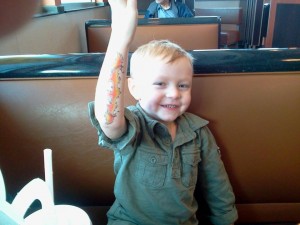 This is him proudly showing off his tattoo a few months ago.

One of my favorite memories of living so close to this boy was the day of his Birthday. I heard a knock on my door and in came this guy… 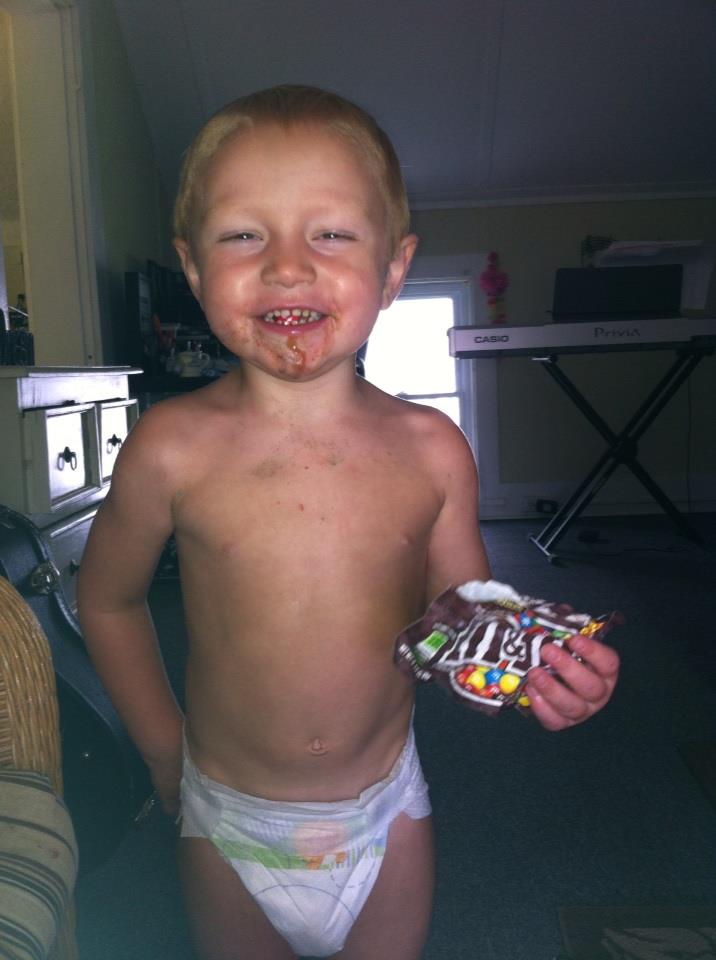 How I love that dirty, sticky, diapered boy!!!

Below is another memory with Rowan. One that makes me laugh every time. You see, the boys knew they could come in and gets snacks and drinks from my apartment which was right above their house. Even the littlest knew what cupboard to go to to get crackers! One day, nephew #2 came in and got “juice” from the fridge. Let’s just say he was not amused. I couldn’t help but laugh and take a picture after I heard him spit something out on the floor… 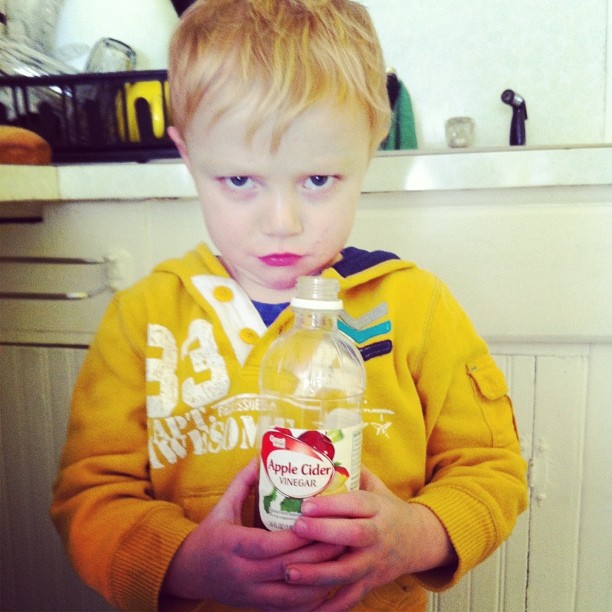 Now to brag about him a little.

Many people would agree when I say Chuddy is one-of-a-kind. Chuddy is just Chuddy and there’s no one like him. He has a kind and pure heart. He cares about his brothers and loves his Mama intensely. Rowan will undoubtedly be a great friend to others throughout his life.

He doesn’t really like to do “school” right now but loves Ninjas and chips and snacks of all sorts and had an obsession with cheetahs for a while. In fact his Mom shared this a while back: 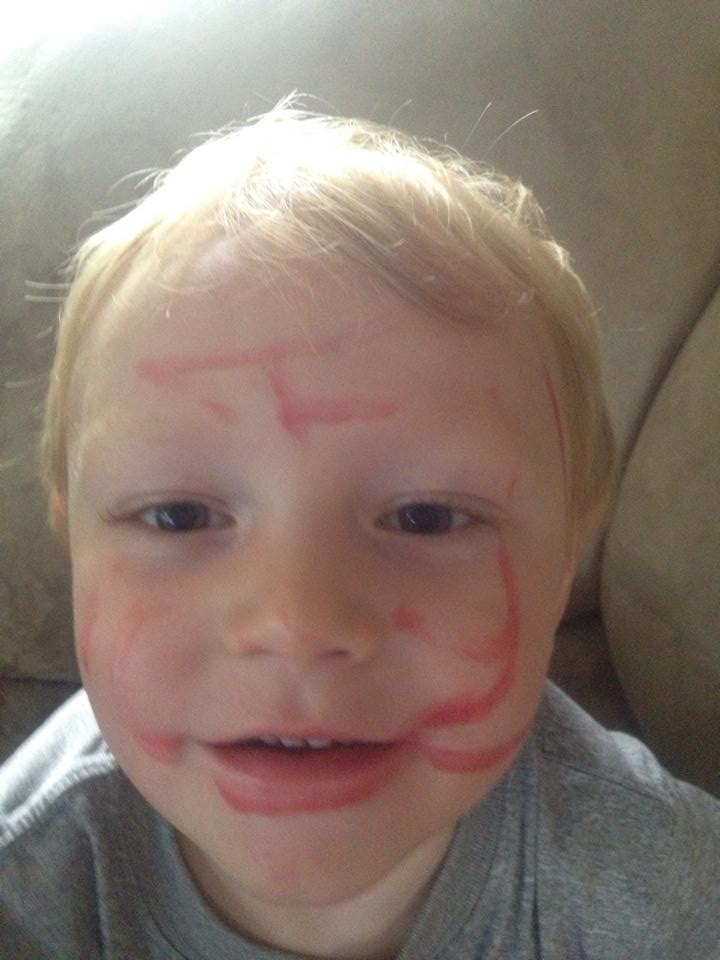 Like his older brother, he had a part to play in our wedding…although he was not interested in wearing the hat like the other two handsome dudes. 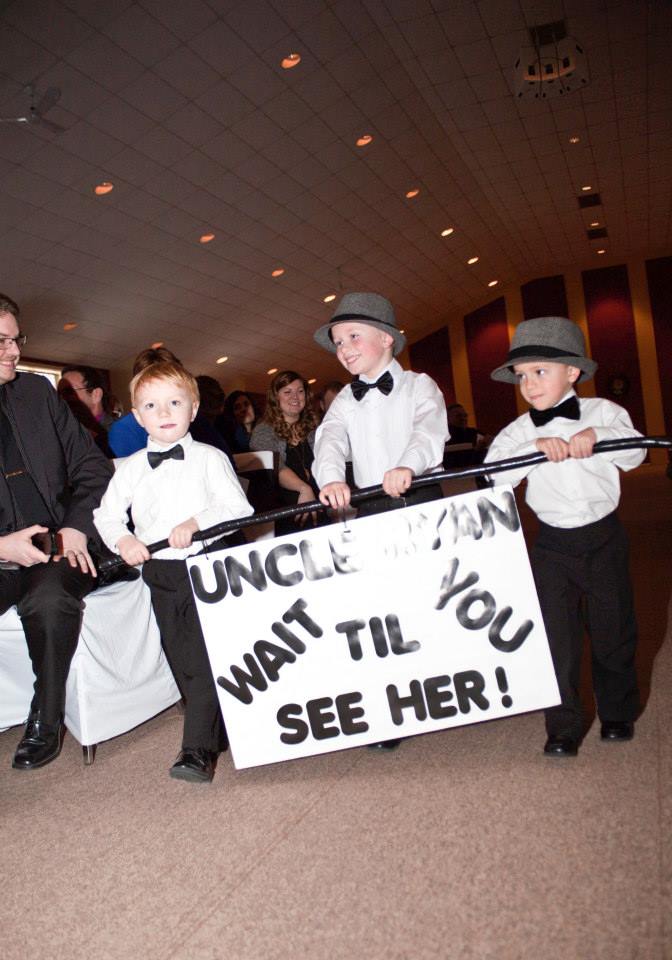 Last but not least, Nephew #3 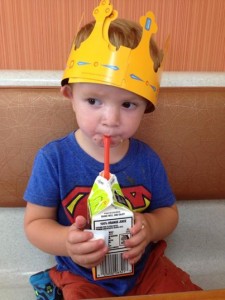 He is two. He is fearless. He is SO fun. He is really quite a tough guy at this young age and tries anything his older brothers do. I can’t wait to see who he becomes.

I love having him and his brothers overnight, it gives me the chance to capture cute moments like this one:

Is that not the cutest 6 second video you’ve ever seen?!

We’ve been on lots of walks together… 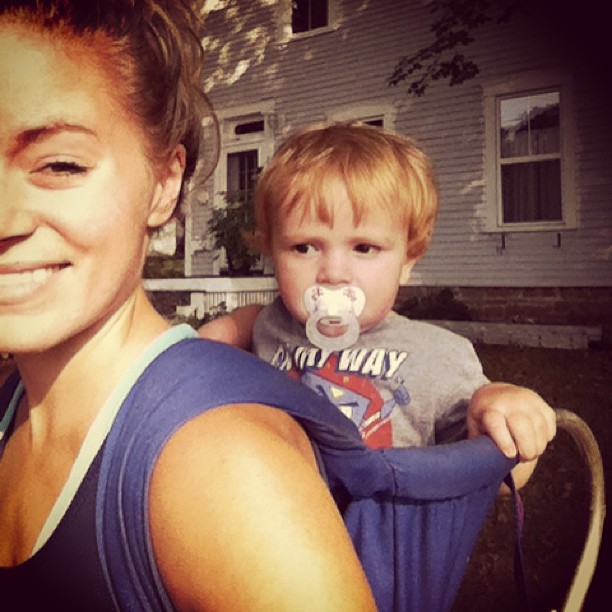 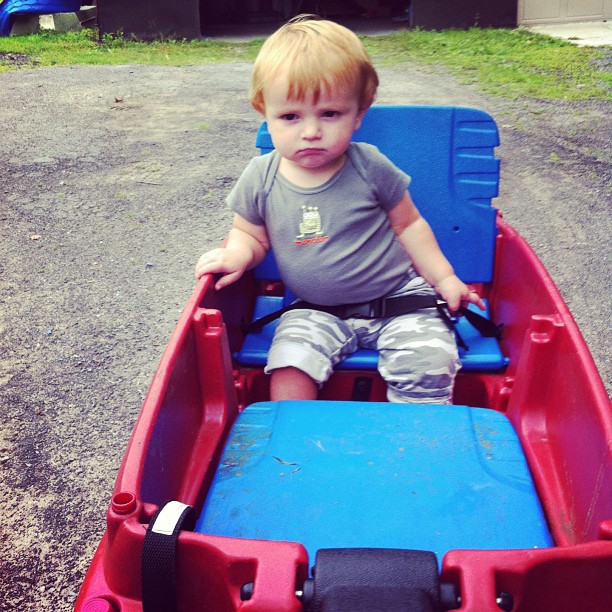 I promise you he had fun each time despite what his face tells you. 😉 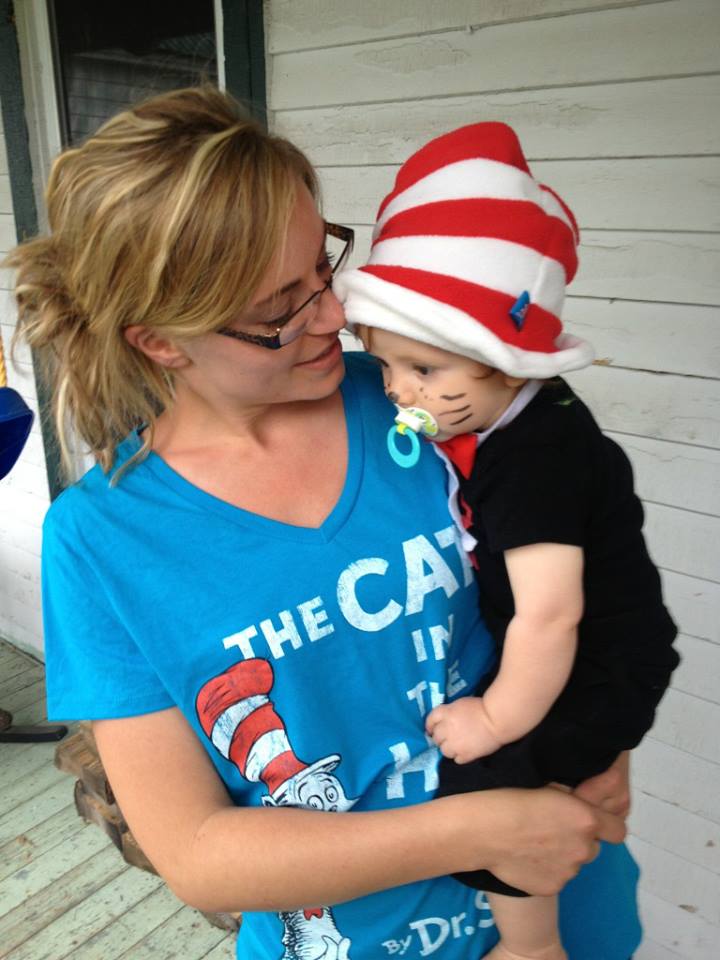 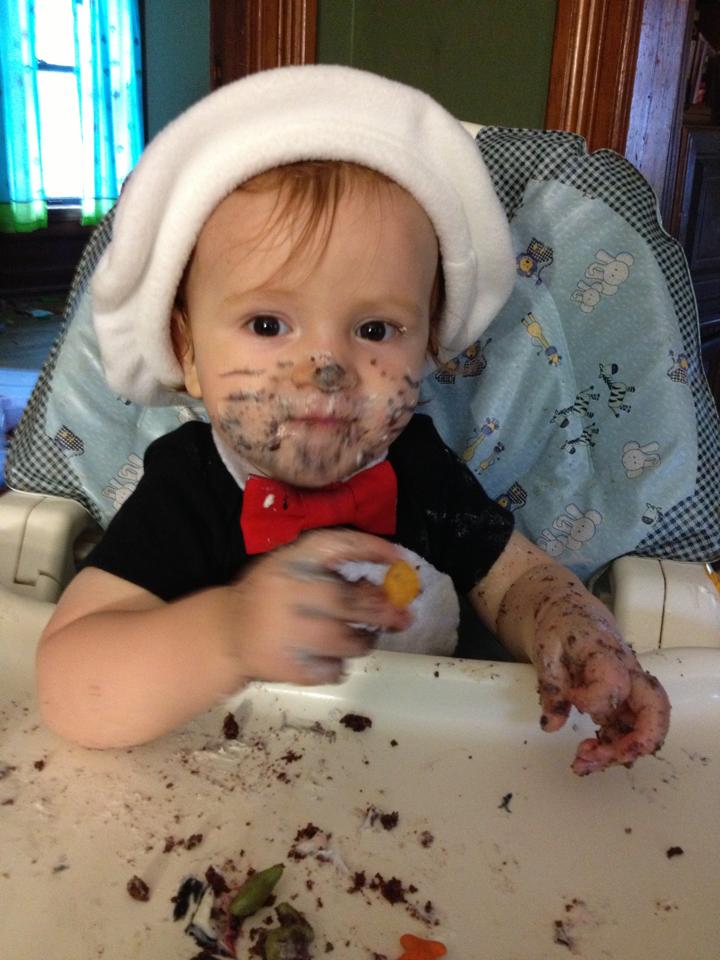 And he’s growing into quite a little stud. 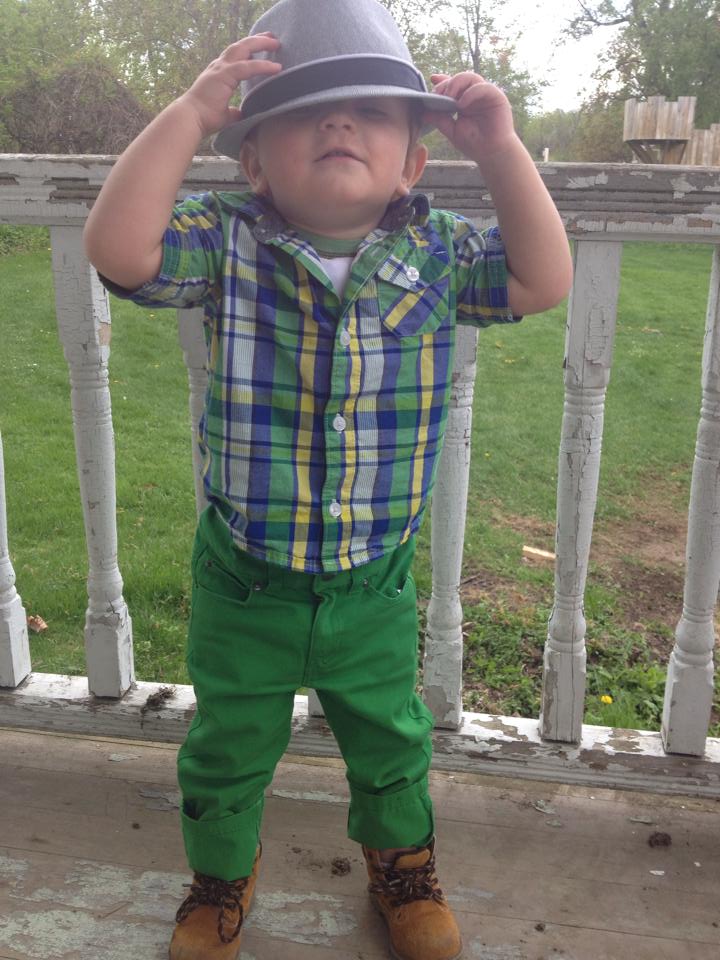 These little guys have my heart. I thank God for the time I had with them–I got to really do life with them, living so closely. I didn’t always see it as the blessing that it was, so looking back–every walk, every time I baby-sat, every trip to get ice cream, every diaper changed, every bed time story I had to make up on the fly and every good night prayer said–I now see was invaluable. I have memories with these three kiddos that could only be formed by being present in the day to day.

Like I said above, there’s just something about your sister’s kids. 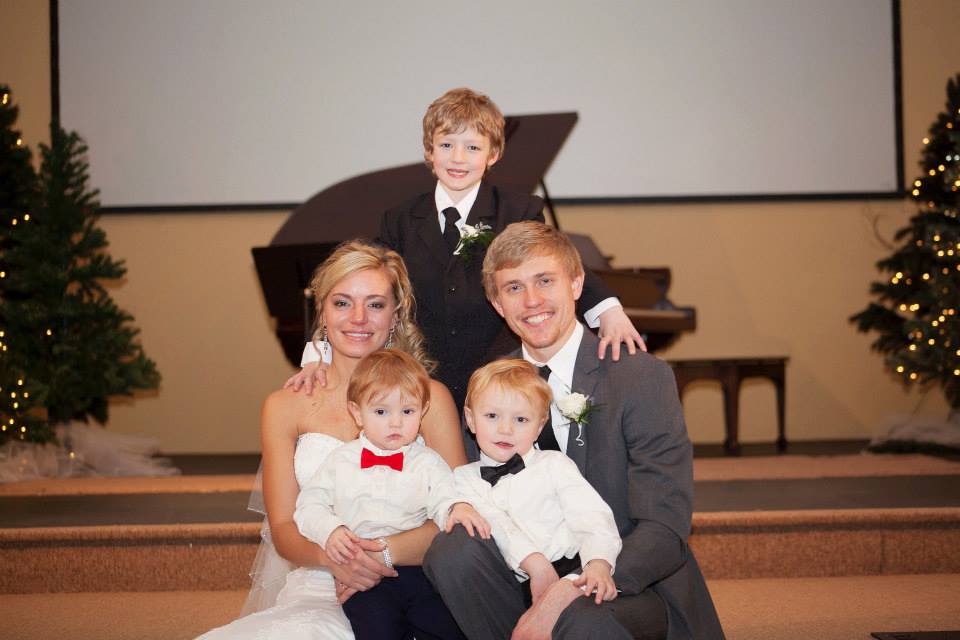 Once again, I promise Liam had a good time at the wedding despite what his face tells you.